Why my designs have the Montessori method in mind

When my two children were growing up, I was quite a hands-off parent. My attitude was to let them do their own thing and learn about their environment and I’d be there if they needed me, which was in line with the Montessori approach.

Taking the first steps towards my Montessori approach

My daughter, Adèle, was an early crawler – she was crawling at around six months – and I remember watching her crawl across the living room floor towards the kitchen. Between the two rooms there was a small step down and at first Adèle would stop at the step. Then she would crawl to the step and attempt to go down it before crawling back again. Eventually, as Adèle’s curiosity and confidence grew, she finally crawled down the step into the kitchen.

It was just a small step and I knew it wasn’t dangerous, but of course I stood watching to make sure she was OK.  And she was. It was so fascinating to watch Adèle on her journey from the living room to the unchartered territory of the kitchen.  I could literally see her mind working out how to get down that step.  Interestingly, when other parents brought their children round to the house they all intervened to stop their kids crawling down the step. 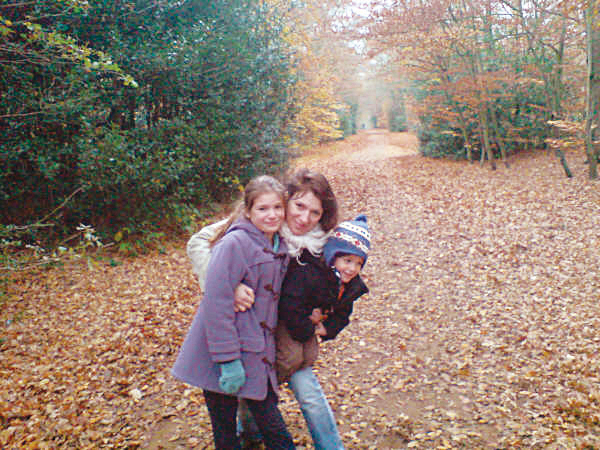 As long as my children were safe, I felt it was important to let them explore and find out about the world in their own way. In that respect, I’m aligned to the Montessori method: allowing children the freedom to develop and to learn by ‘doing’ rather than being instructed how to do something.

Using the Montessori method at home

Take, for example, the Tidy Books bookcase.  Its front-facing shelves mean children can easily see their books and so can independently choose the one they want to read.  And with the bookcase’s 3D alphabet, kids can play and learn in their own time.  All my Tidy Books designs give children their own personal environment to work things out for themselves. 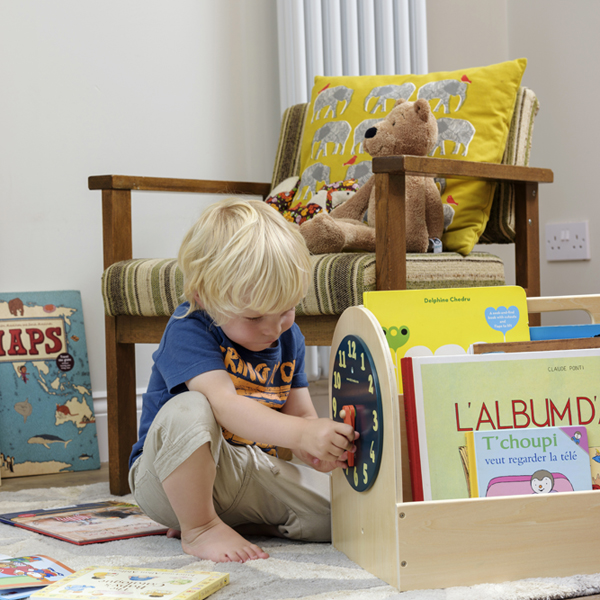 While I design everything with children in mind, I don’t make nursery-style furniture that looks out of place in the home.   The beauty of Tidy Books products is that they are also created to blend seamlessly into your living space.  So, you can apply a little of the Montessori approach at home.   That’s great news for parents who, like me, hate too much clutter.  And for your kids, it means opening up their world of independence way beyond their bedroom. 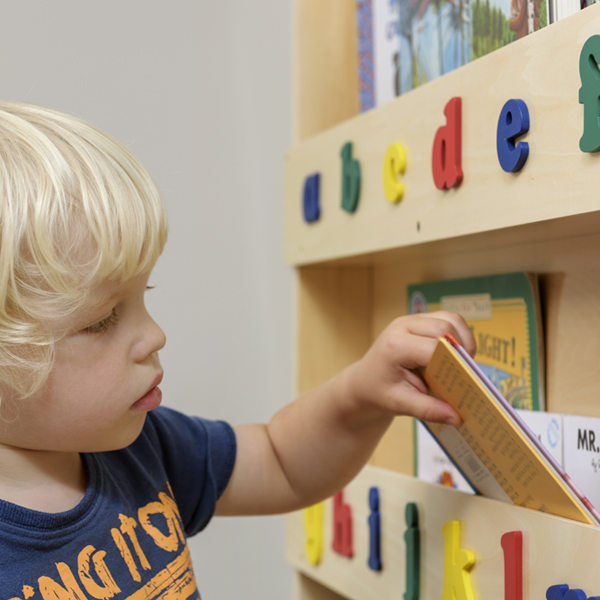 Putting books at a child’s height is part of the Montessori method. Made easy with a Tidy Books Children’s bookcase

In response to customer demand, I recently developed a special Montessori Tidy Books bookcase.  It has the classic Tidy Books alphabet, but in Montessori education colours: Blue for the vowels and red for the consonants.

I’d love to know what you do to help your child foster their independence.  Are you planning to use the Montessori method at home ?  Or do you already practise in using  Montessori education methods or Montessori educational toys?    Do drop me a line and share your experiences.

Facebook Twitter Email Pinterest linkedin
During lockdown my daughter, Adele, had times when she felt low and was missing her uni friends. I know from my own experience with dep...

END_OF_DOCUMENT_TOKEN_TO_BE_REPLACED

Getting Kids Reading, Give the gift of reading

Valentine’s Day and the gift of reading

END_OF_DOCUMENT_TOKEN_TO_BE_REPLACED

Facebook Twitter Email Pinterest linkedin
Ever since I can remember I’ve loved reading. As I kid I couldn’t wait to open a book so I could be transported to new places, meet dif...

END_OF_DOCUMENT_TOKEN_TO_BE_REPLACED

Giving the gift of reading. Why a book is extra special at Christmas

I love getting books as gifts at Christmas. My husband, Matthew, and I always buy each other books so I

END_OF_DOCUMENT_TOKEN_TO_BE_REPLACED

Are you looking for a new book to read with your children this month?   Our new series, kid’s books reviewed

END_OF_DOCUMENT_TOKEN_TO_BE_REPLACED

‘Never help a child with a task at which he feels he can succeed.’ Dr Maria Montessori When my two